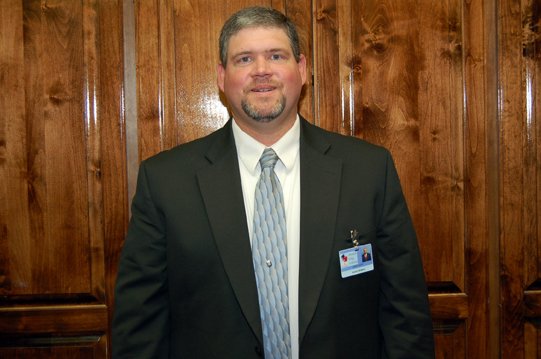 Mr. Huff graduated from Etowah High School where he received an Academic Tech Prep Diploma.   While serving in the US Air Force, he attended Electronics and Computer Maintenance classes at the Community College.

He is employed with the United States Postal Service as a city carrier. He has also held positions as a delivery supervisor, station manager and acting postmaster.

Mr. Huff is married to Jessica has two beautiful daughters in our school system.

His hobbies include hanging out with friends and playing golf.

Mr. Huff and his wife are lifelong residents of Attalla. They are both second generation graduates of Etowah and their daughters will be the third generation of graduates from this school system.  They are active members of Stowers Hill Baptist Church.  He has spent six years in the Alabama Air National Guard achieving the rank of Staff Sergeant.